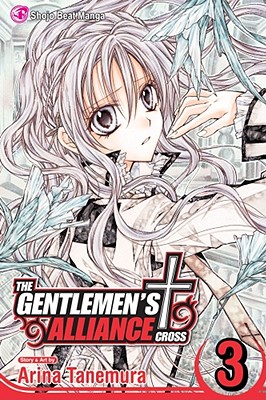 Please note: Reads Right to Left (Japanese Style) In return for a business loan of 50 million yen, the prestigious Kamiya family gave their daughter Haine away to the Otomiya family. Haine, now an Otomiya, is appointed to the student council of the exclusive Imperial Academy, a private school for the aristocracy. Even though Haine is of proper lineage to be on the council, she finds herself struggling to find her place among the many secrets of its elite members, especially those of the president who holds her heart--Shizumasa Togu, aka "the Emperor."
Haine goes to the Togu mansion to talk to Shizumasa after their quarrel, but the guards won't even allow her inside the gates Haine gets some help from Maora to sneak into the mansion grounds, but now she'll have to get past the family's final line of defense.