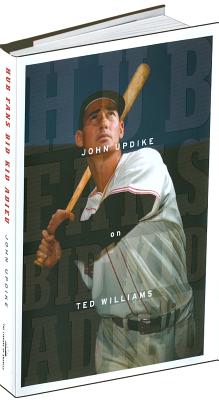 On September 28, 1960--a day that will live forever in the hearts of fans--Red Sox slugger Ted Williams stepped up to the plate for his last at-bat in Fenway Park. Seizing the occasion, he belted a solo home run--a storybook ending to a storied career.

In the stands that afternoon was twenty-eight-year-old John Updike, inspired by the moment to make his lone venture into the field of sports reporting. More than just a matchless account of that fabled final game, Hub Fans Bid Kid Adieu is a brilliant evocation of Williams' entire tumultuous life in baseball. Now, on the fiftieth anniversary of the dramatic exit of baseball's greatest hitter, The Library of America presents a commemorative edition of Hub Fans, prepared by the author just months before his death. To the classic final version of the essay, long out-of-print, Updike added an autobiographical preface and a substantial new afterword.