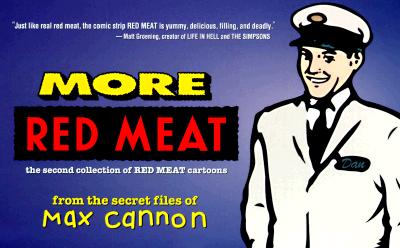 Max Cannon is at it again, with his second book of cartoons from his wildly successful comic strip, "Red Meat, " and it's every bit as twisted and edgy as the first one. Featured in sixty alternative weeklies and college newspapers, representing a combined readership of more than six million, "Red Meat" has a fervent and loyal fan base.
Max Cannon also has an official "Red Meat" web site, which averages 30,000 page views per week. It was honored with a Cyber Star award from "Virtual City" magazine.