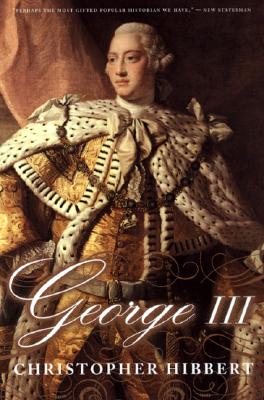 In George III: A Personal History, British historian Christopher Hibbert reassesses the royal monarch George III (1738-1820). Rather than reaffirm George III's reputation as "Mad King George," Hibbert portrays him as not only a competent ruler during most of his reign, but also as a patron of the arts and sciences, as a man of wit and intelligence, indeed, as a man who "greatly enhanced the reputation of the British monarchy" until he was finally stricken by a rare hereditary disease.Teeming with court machinations, sexual intrigues, and familial conflicts, George III opens a window on the tumultuous, rambunctious, revolutionary eighteenth century. It is sure to alter our understanding of this fascinating, complex, and very human king who so strongly shaped England's --and America's--destiny.