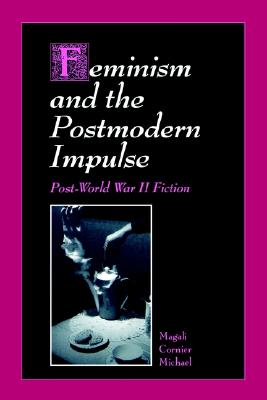 Michael analyzes the intersections between feminist politics and postmodern aesthetics as demonstrated in recent Anglo-American fiction. While much has been written on various aspects of postmodernism and postmodern fiction and of feminism and feminist fiction, very little attention has been given to the postmodern aesthetic strategies that surface in post-World War II feminist fiction. Feminism and the Postmodern Impulse examines ways in which many widely read and acclaimed novels with feminist impulses engage and transform subversive aesthetic strategies usually associated with postmodern fiction to strengthen their feminist political edge.

The author discusses many examples of recent feminist-postmodern fiction, and explores in greater depth Doris Lessing's The Golden Notebook, Marge Piercy's Woman on the Edge of Time, Margaret Atwood's The Handmaid's Tale, and Angela Carter's Nights at the Circus. She shows that feminist-postmodern fiction's emphasis on the material historical situation--the link to activist politics and commitment to enacting concrete changes in the world, and thus the need to reach a large reading public--often results in a blending and transformation of postmodern and realist aesthetic forms. Moreover, feminist fiction uses deconstructive strategies not only to disrupt the status quo but also to create a space for reconstruction, particularly of recreating new forms of female subjectivities and feminist aesthetics.