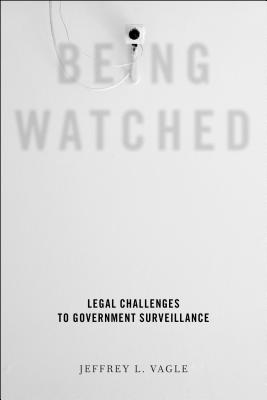 A riveting history of the Supreme Court decision that set the legal precedent for citizen challenges to government surveillance The tension between national security and civil rights is nowhere more evident than in the fight over government domestic surveillance. Governments must be able to collect information at some level, but surveillance has become increasingly controversial due to its more egregious uses and abuses, which tips the balance toward increased--and sometimes total--government control.This struggle came to forefront in the early 1970s, after decades of abuses by U.S. law enforcement and intelligence agencies were revealed to the public, prompting both legislation and lawsuits challenging the constitutionality of these programs. As the plaintiffs in these lawsuits discovered, however, bringing legal challenges to secret government surveillance programs in federal courts faces a formidable obstacle in the principle that limits court access only to those who have standing, meaning they can show actual or imminent injury--a significant problem when evidence of the challenged program is secret. In Being Watched, Jeffrey L. Vagle draws on the legacy of the 1972 Supreme Court decision in Laird v. Tatum to tell the fascinating and disturbing story of jurisprudence related to the issue of standing in citizen challenges to government surveillance in the United States. It examines the facts of surveillance cases and the reasoning of the courts who heard them, and considers whether the obstacle of standing to surveillance challenges in U.S. courts can ever be overcome. Vagle journeys through a history of military domestic surveillance, tensions between the three branches of government, the powers of the presidency in times of war, and the power of individual citizens in the ongoing quest for the elusive freedom-organization balance. The history brings to light the remarkable number of similarities among the contexts in which government surveillance thrives, including overzealous military and intelligent agencies and an ideologically fractured Supreme Court. More broadly, Being Watched looks at our democratic system of government and its ability to remain healthy and intact during times of national crisis. A compelling history of a Supreme Court decision and its far-reaching consequences, Being Watched is essential reading for anyone seeking to understand the legal justifications for--and objections to--surveillance.