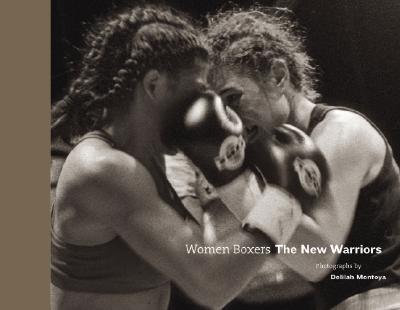 Combining the artistry of photographer Delilah Montoya with an informative introduction written by professor and librarian Maria Teresa Marquez, Women Boxers: The New Warriors explores the world of las malcriadas, those women who challenge society's views of femininity, violence, and physicality. Montoya's photographs profile twelve powerful, devoted athletes who are taking advantage of the Women's Movement and the right to live, work, and box in a man's world. The boxers featured are from all over the United States, and include super bantamweight Jackie Chavez, holder of the IFBA Super Bantamweight Title, light middleweight Akondaye "Storm" Fountain, welterweight Christy "Coalminer's Daughter" Martin, and lightweight Mia "The Knockout" St. John, holder of the IBA Women's Lightweight Title and the IFBA Lightweight World Title. The introductory essay succinctly traces the phenomenon of women boxers, noting that as early as 1728 boxing matches between women were reported in London newspapers. Since 1997, women's amateur boxing competitions have been held in Europe, Africa, and Asia; countries such as Egypt, India and Kazakhstan are among 28 countries represented in women's boxing organizations. And women's amateur boxing may be sanctioned soon for the first time as an Olympic sport. In spite of the increased popularity of women's boxing, it remains controversial. Many still believe that women boxers are simply women who make a living by selling their bodies. Women boxers struggle to get televised matches and suitable prize money, and many boxing promoters refuse to support fights between female boxers. With an essay by C. Ondine Chavoya tracing Montoya's artistic career, this is a rareand fascinating look at the sport of women's boxing.