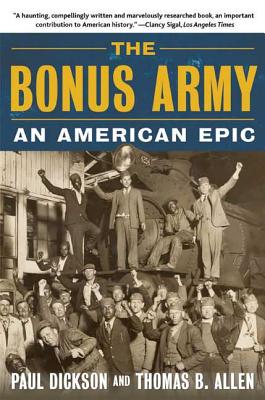 By: Paul Dickson,Thomas B. Allen

Through seminal research, including interviews with the last surviving witnesses, Paul Dickson and Thomas B. Allen tell the full story of the Bonus Army, recovering the voices of ordinary men who dared tilt at powerful injustice. The march ultimately transformed the nation, inspiring Congress to pass the GI Bill of Rights in 1944, one of the most important pieces of social legislation in our history, which in large part created America's middle class.