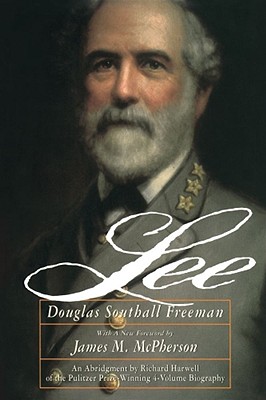 Douglas Southall Freeman's Pulitzer Prize-winning biography of Robert E. Lee was greeted with critical acclaim when it was first published in 1935. This reissue chronicles all the major aspects and highlights of the general's military career, from his stunning accomplishments in the Mexican War to the humbling surrender at Appomattox.

More than just a military leader, Lee embodied all the conflicts of his time. The son of a Revolutionary War hero and related by marriage to George Washington, he was the product of young America's elite. When Abraham Lincoln offered him command of the United States Army, however, he choose to lead the confederate ranks, convinced that his first loyalty lay with his native Virginia. Although a member of the planter class, he felt that slavery was "a moral and political evil." Aloof and somber, he nevertheless continually inspired his men by his deep concern for their personal welfare. Freeman's biography is the full portrait of a great American--a distinguished, scholarly, yet eminently readable classic that has linked Freeman to Lee as irrevocably as Boswell to Dr. Johnson.