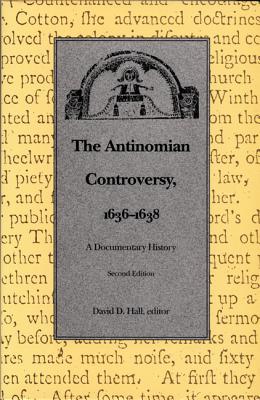 The Antinomian controversy--a seventeenth-century theological crisis concerning salvation--was the first great intellectual crisis in the settlement of New England. Transcending the theological questions from which it arose, this symbolic controversy became a conflict between power and freedom of conscience. David D. Hall's thorough documentary history of this episode sheds important light on religion, society, and gender in early American history.
This new edition of the 1968 volume, published now for the first time in paperback, includes an expanding bibliography and a new preface, treating in more detail the prime figures of Anne Hutchinson and her chief clerical supporter, John Cotton. Among the documents gathered here are transcripts of Anne Hutchinson's trial, several of Cotton's writings defending the Antinomian position, and John Winthrop's account of the controversy. Hall's increased focus on Hutchinson reveals the harshness and excesses with which the New England ministry tried to discredit her and reaffirms her place of prime importance in the history of American women.