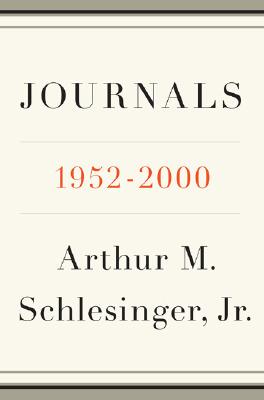 A landmark publication in the history of American letters, and a unique opportunity to celebrate the legacy of the one of the great public intellectuals of our time. For more than a half century, Arthur Schlesinger, Jr. was at the vital center of American political and cultural life. From his entrance into political leadership circles in the 1950s through his years in the Kennedy White House and up until his very last days, he was that rare thing, a master historian who enjoyed an extraordinary eyewitness vantage on history as it was being made. On intimate terms with many of the most prominent political, cultural and intellectual figures of the last fifty years, he was a man whose proximity to power never obscured his appreciation for the reality of those who have none. For that capacity for empathy and for much else, he was often called American liberalism's greatest voice. For most of his adult life, Arthur Schlesinger, Jr. dutifully recorded his experiences and opinions in journals that, until now, have never been seen. Edited by his oldest sons, they offer remarkably fresh and lucid observations on a half century of public life, and a rare and privileged view into the mind of one of America's most distinguished men of letters. Frank, revelatory, suffused with wit and humanity, these entries offer an intimate history of postwar America, from his days on Adlai Stevenson's campaign team to his years in JFK and RFK's inner circle, through to the election of George W. Bush. They contain his candid reminiscences about many of the signal events of our time - the Bay of Pigs, the devastating assassinations of the 1960s, Vietnam, Watergate, the fall of the Soviet Union, Bush v. Gore. These journals also offer an extraordinary window into the lives of the wide range of politicians, intellectuals, writers and actors who were his friends - from the Kennedys to the Clintons, from Henry Kissinger to Adlai Stevenson, from Norman Mailer to Lauren Bacall. Together they form an astonishingly vivid portrait of American politics and culture in the second half of the 20th century - one that only a man who knew everyone and missed nothing, could provide. Arthur Schlesinger, Jr. was one of America's greatest moral and intellectual forces, and the publication of his journals is both itself an epic event in the history of American letters, and a fitting opportunity to celebrate this most remarkable American life.