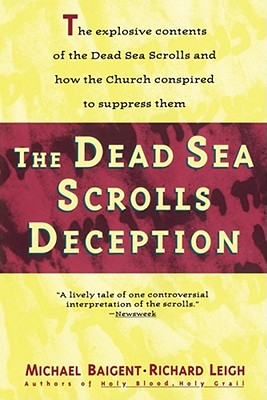 The oldest Biblical manuscripts in existence, the Dead Sea Scrolls were found in caves near Jerusalem in 1947, only to be kept a tightly held secret for nearly fifty more years, until the Huntington Library unleashed a storm of controversy in 1991 by releasing copies of the Scrolls. In this gripping investigation authors Baigent and Leigh set out to discover how a small coterie of orthodox biblical scholars gained control over the Scrolls, allowing access to no outsiders and issuing a strict "consensus" interpretation. The authors' questions begin in Israel, then lead them to the corridors of the Vatican and into the offices of the Inquisition. With the help of independent scholars, historical research, and careful analysis of available texts, the authors reveal what was at stake for these orthodox guardians: The Scrolls present startling insights into early Christianity -- insights that challenge the Church's version of the "facts." More than just a dramatic expos of the intrigues surrounding these priceless documents, The Dead Sea Scrolls Deception presents nothing less than a new, highly significant perspective on Christianity.