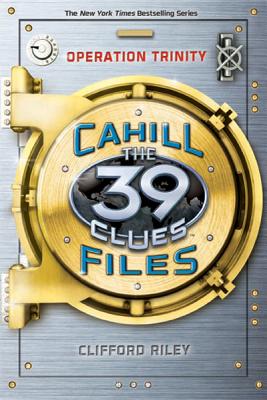 A brand new adventure from the world of The 39 Clues

For 500 years, the Cahills have been the most powerful family in the world. For 500 years, they've protected the source of their power - the 39 Clues. And for 500 years, they've kept their secrets silent. Until now. This extraordinary stand-alone novel cracks open the Cahill vault to tell the story of the most coveted piece of artwork in the world, a masterpiece that has been the target of seven separate theft attempts: Jan van Eyck's altarpiece at Ghent. OPERATION TRINITY chronicles the first Vesper attack on the altarpiece in the 1600s, then jumps to WWII and young Grace Cahill's desperate bid to save the masterwork from the Nazis. The final piece of the novel tells the story of Ian and Natalie Kabra's first solo operation and features an 11th hour appearance by Grace Cahill on her final mission. History will never be the same.