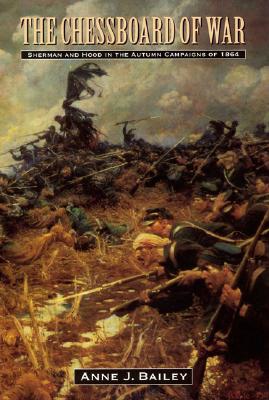 ""No aspect of Civil War history is more fascinating than the two major campaigns that took place in the western theater in late 1864. The opposing generals, William T. Sherman and John Bell Hood, took armies that had been fighting for months and headed them away from each other: Hood marched north into Tennessee, and Sherman marched south into Georgia. As Sherman himself noted, "It surely was a strange event; two hostile armies marching in opposite directions, each in the full belief that it was achieving a final and conclusive result in a great war." Hood went on to catastrophic defeat at Franklin and Nashville, while Sherman successfully moved through Georgia to the coast.

Many books deal with either Sherman's march or Hood's Tennessee campaign, but although they unfolded simultaneously and concluded the main fighting in the western theater, no recent volume analyzes the two together. In her groundbreaking study, Anne J. Bailey assesses how military events in Georgia and Tennessee intertwined and affected the political, social, and economic conditions in those areas and throughout the nation.

Title: The Chessboard of War: Sherman and Hood in the Autumn Campaigns of 1864 (Great Campaigns of the Civil War)