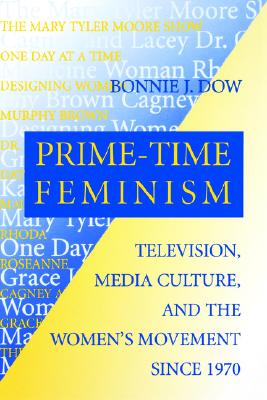 Selected by Choice magazine as an Outstanding Academic Title

Dow discusses a wide variety of television programming and provides specific case studies of The Mary Tyler Moore Show, One Day at a Time, Designing Women, Murphy Brown, and Dr. Quinn, Medicine Woman. She juxtaposes analyses of genre, plot, character development, and narrative structure with the larger debates over feminism that took place at the time the programs originally aired. Dow emphasizes the power of the relationships among television entertainment, news media, women's magazines, publicity, and celebrity biographies and interviews in creating a framework through which television viewers "make sense" of both the medium's portrayal of feminism and the nature of feminism itself.