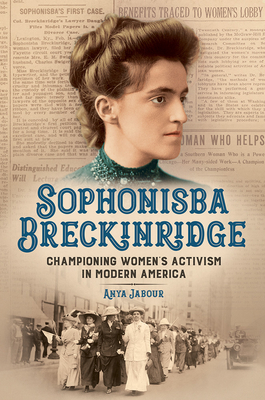 Sophonisba Breckinridge's remarkable career stretched from the Civil War to the Cold War. She took part in virtually every reform campaign of the Progressive and New Deal eras and became a nationally and internationally renowned figure. Her work informed women's activism for decades and continues to shape progressive politics today.Anya Jabour's biography rediscovers this groundbreaking American figure. After earning advanced degrees in politics, economics, and law, Breckinridge established the University of Chicago's School of Social Service Administration, which became a feminist think tank that promoted public welfare policy and propelled women into leadership positions. In 1935, Breckinridge's unremitting efforts to provide government aid to the dispossessed culminated in her appointment as an advisor on programs for the new Social Security Act. A longtime activist in international movements for peace and justice, Breckinridge also influenced the formation of the United Nations and advanced the idea that "women's rights are human rights." Her lifelong commitment to social justice created a lasting legacy for generations of progressive activists.