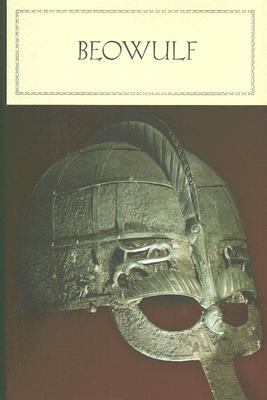 Beowulf, by Anonymous, is part of the Barnes & Noble Classicsseries, which offers quality editions at affordable prices to the student and the general reader, including new scholarship, thoughtful design, and pages of carefully crafted extras. Here are some of the remarkable features of Barnes & Noble Classics

All editions are beautifully designed and are printed to superior specifications; some include illustrations of historical interest. Barnes & Noble Classics pulls together a constellation of influencesbiographical, historical, and literaryto enrich each reader's understanding of these enduring works.Widely regarded as the first true masterpiece of English literature, Beowulf describes the thrilling adventures of a great Scandinavian warrior of the sixth century. Its lyric intensity and imaginative vitality are unparalleled, and the poem has greatly influenced many important modern novelists and poets, most notably J. R. R. Tolkien, author of The Lord of the Rings.Part history and part mythology, Beowulf opens in the court of the Danish king where a horrible demon named Grendel devours men in their sleep every night. The hero Beowulf arrives and kills the monster, but joy turns to horror when Grendel s mother attacks the hall to avenge the death of her son. Ultimately triumphant, Beowulf becomes king himself and rules peacefully for fifty years until, one dark day, a foe more powerful than any he has yet faced is arousedan ancient dragon guarding a horde of treasure. Once again, Beowulf must summon all his strength and courage to face the beast, but this time victory exacts a terrible price.New translation by John McNamara. Features an original map and genealogy chart.John McNamara is Professor of English at the University of Houston, where he teaches the early languages and literatures of England, Scotland, and Ireland, with a special focus on their oral traditions. He is the co-editor of Medieval Folklore: An Encyclopedia of Myths, Legends, Tales, Beliefs, and Customs."