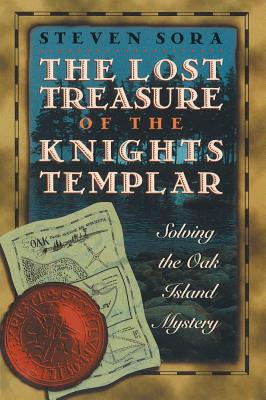 A compelling argument that connects the lost treasure of the Knights Templar to the mysterious money pit on Oak Island, Nova Scotia, that has baffled treasure hunters for two centuries

- Fascinating occult detective work linking the Cathars, the Scottish Masons, and Renne-le-Chateau to the elusive treasure pit on Oak Island - Draws on new evidence recently unearthed in Italy, France, and Scotland to provide a compelling solution to one of the world's most enduring mysteries When the Order of Knights Templar was ruthlessly dissolved in 1307 by King Philip the Fair of France it possessed immense wealth and political power, yet none of the treasure the Templars amassed has ever been found. Their treasure is rumored to contain artifacts of spiritual significance retrieved by the order during the Crusades, including the genealogies of David and Jesus and documents that trace these bloodlines into the royal bloodlines of Merovingian France. Placing a Scottish presence in the New World a century before Columbus, Steven Sora paints a credible scenario that the Sinclair clan of Scotland transported the wealth of the Templars--entrusted to them as the Masonic heirs of the order--to a remote island off the shores of present-day Nova Scotia. The mysterious money pit there is commonly believed to have been built before 1497 and has guarded its secret contents tenaciously despite two centuries of determined efforts to unearth it. All of these efforts (one even financed by American president Franklin Delano Roosevelt) have failed, thanks to an elaborate system of booby traps, false beaches, hidden drains, and other hazards of remarkable ingenuity and technological complexity.

Title: The Lost Treasure of the Knights Templar: Solving the Oak Island Mystery