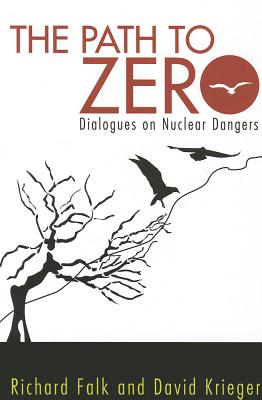 By: Richard A. Falk

Nuclear weapons are not a subject of intense public discussion and debate, but they should be. Hiroshima and Nagasaki were only the beginning; in recent times, nuclear annihilation at the hands of rogues and terrorists has become an even greater concern than the specter of nuclear war between superpowers. In a series of clear, calm, well-reasoned dialogues, longtime scholars and practitioners of peace Richard Falk and David Krieger probe key questions about our nuclear reality and dig beneath the surreal surface tranquility that has largely surrounded its existence. Although the authors agree on much, there are many areas where their thoughts diverge, including their assessment of the value of the Nuclear Non-Proliferation Treaty and of President Obama's level of commitment to nuclear issues. They put forward new proposals and explore in the dialogues different ways to move ahead. They contend that a nuclear-free future is not a subject to be left only to experts-for the so-called experts have brought us to the brink of the nuclear precipice over and over again. Falk and Krieger believe that although none of us has the power to bring about global change alone, together we are immensely powerful-powerful enough to overcome the threats of the Nuclear Age and move us appreciably along "the path to zero." Covers questions about living in the Nuclear Age including: - How have we responded (or failed to respond) to these immensely powerful weapons? - Are we capable of escaping their threat? - Can civilization make the leap to survival in a world with thousands of nuclear weapons? - Will humankind become the victim of its own cleverness? - Will we recognize the nuclear dilemma that confronts us in the 21st century? - Will we be able also to recognize our power, when acting together, to be a force for change? - Will we act soon enough and forcefully enough to assure civilization's survival?