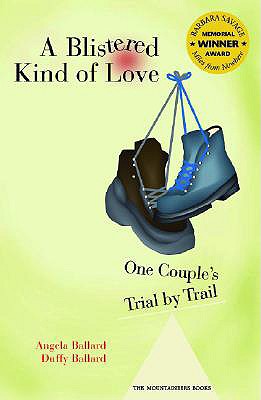 They're not sure which came first -- falling in love with each other or falling in love with the idea of hiking the Pacific Crest Trail (the length of California, Oregon, and Washington). At the trailhead, the young couple was warned that there would be tears, that each would have to find their own separate pace, and that at times the tent would seem awfully small for the two of them. They were told that their biggest obstacles to success would be . . . each other. Their first surprise: freeze-dried meals do funny things to your GI- tract. Their first fight: when Angela noticed that Duffy's long legs propel him along the trail faster than she can muster. But on they pressed -- encountering snakes, bears, and fellow thru-hikers with trail names like Crazy Legs and Catch 23. They baked in the deserts of Southern California, gazed awestruck at the snowy, serrated peaks of the High Sierra, and attempted to hide from Northern Washington's seemingly incessant rain. One hundred thirty two days of Pacific Crest Trail later, they made it -- blisters and all.