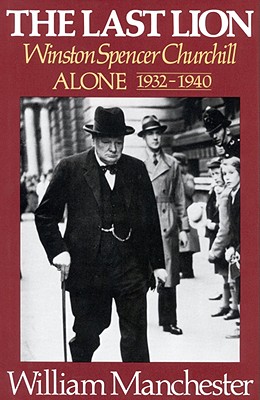 Alone is the second volume of William Manchester's brilliant three-volume biography of Winston Churchill. In this volume, we witness the war within, before the colossal war to come. During this period, Churchill was tested as few men are: relentlessly pursued by creditors, disowned by his own party, vociferously dismissed by the press as a warmonger, and twice nearly lost his seat in Parliament. Yet despite his personal and political troubles, Churchill managed to assemble a vast, underground intelligence network-both within the British government and on the continent-which provided him with more complete and accurate information on Germany than the British government. Recognizing the horrifying truth, Churchill stood almost alone against Nazi aggression and the sordid British and French policy of appeasement.

Manchester's luminous portrait never loses sight of Churchill the man-a man with limitations, especially his callousness toward others (including his supporters) and his recklessness, which could border on the foolhardy; but also a man whose vision was global and whose courage was boundless. Here is Churchill as a light in the approaching darkness, readying himself for the terrible stand to come.