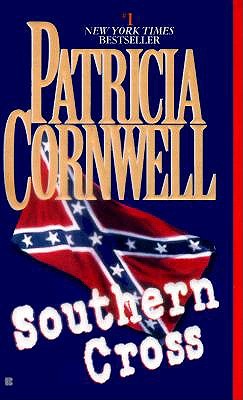 
Patricia Cornwell has a sixth sense about the men and women in blue. In Hornet's Nest, her page-turning novel about crime and police in Charlotte, North Carolina, Cornwell moved behind the badges of these real-life heroes to uncover flesh-and-blood characters who strode through her pages to reveal vulnerable, passionate, brave, sometimes doubting, always fascinating figures.

In Southern Cross, Cornwell takes us even closer to the personal and professional lives of big-city police, in a story of corruption, scandal, and robberies that escalate to murder. This time, her setting is Richmond, Virginia, where Charlotte Police Chief Judy Hammer has been brought by an NIJ grant to clean up the police force. Reeling from the recent death of her husband, and resented by the police force, city manager, and mayor of Richmond, Hammer is joined by her deputy chief Virginia West and rookie Andy Brazil on the most difficult assignment of her career. In the face of overwhelming public scrutiny, the trio must bring truth, order, and sanity to a city in trouble.