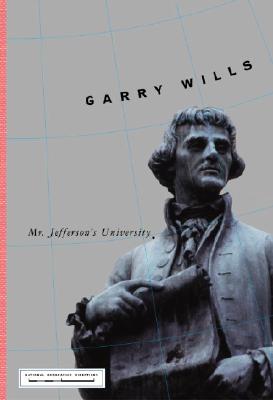 The University of Virginia is one of America's greatest architectural treasures and one of Thomas Jefferson's proudest achievements. At his request his headstone says nothing of his service as America's first Secretary of State or its third President. It says simply: "Here was buried Thomas Jefferson, author of the Declaration of American Independence, of the Statute of Virginia for Religious Freedom, and Father of the University of Virginia." For this political genius was a supremely gifted artist as well, and of all Jefferson's stunning accomplishments, the school he built in Charlottesville is perhaps the most perfect expression of the man himself: as leader, as architect, and as philosopher. In this engrossing, perceptive book, Garry Wills once again displays the keen intelligence and eloquent style that have won him great critical praise as he explores the creation of a masterpiece, tracing its evolution from Jefferson's idea of an "academical village" into a classically beautiful campus. Mr. Jefferson's University is at once a wonderful chronicle of the birth of a national institution and a deft portrait of the towering American who brought it to life. "There is much auspicious history to explore here, and Wills does so with great narrative skills." --Richmond Times-Dispatch "His command of the subject is formidable." --Los Angeles Times