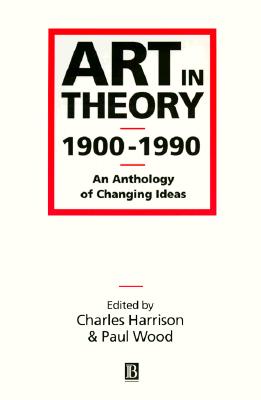 Current debates about the status of Modernism have led to an increasing interest in critical and aesthetic theories, and to a questioning of some of the traditional assumptions and limits of art history. The aim of this substantial anthology is to equip the student, teacher and interested general reader with the necessary materials for an up-to-date understanding of twentieth-century art.
Beside the writings of the century's major artists, Art in Theory includes relevant texts by critics, philosophers, politicians and literary figures. It is organised into eight sections, from the legacy of Symbolism at the turn of the century to contemporary debates about the Postmodern. Each section is prefaced by a brief essay. There are introductions for all of the 300-plus texts, which serve to place theories and critical approaches in context. The result is both a comprehensive collection of documents on twentieth-century art and an encylopaedic history of relevant theory.