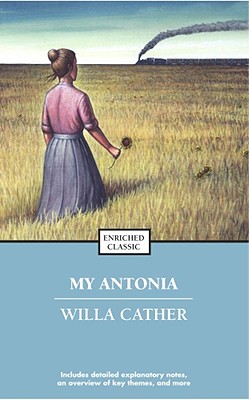 Willa Cather's My Antonia is considered one of the most significant American novels of the twentieth century. Set during the great migration west to settle the plains of the North American continent, the narrative follows Antonia Shimerda, a pioneer who comes to Nebraska as a child and grows with the country, inspiring a childhood friend, Jim Burden, to write her life story. The novel is important both for its literary aesthetic and as a portrayal of important aspects of American social ideals and history, particularly the centrality of migration to American culture. Willa Cather's masterful portrait of prairie culture, based on her own life. Against Nebraska's panoramic landscape, Cather recreates the life of an immigrant girl who becomes, in the memories of narrator Jim Burden, the epitome of strong and dignifed womanhood.