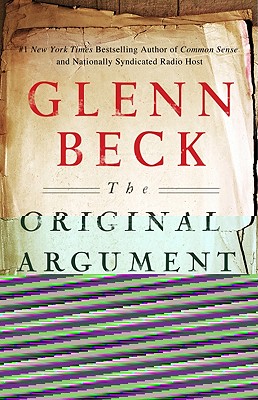 Glenn Beck revisited Thomas Paine's famous pre-Revolutionary War call to action in his #1 New York Times bestseller Glenn Beck's Common Sense. Now he brings his historical acumen and political savvy to this fresh, new interpretation of The Federalist Papers, the 18th-century collection of political essays that defined and shaped our Constitution and laid bare the "original argument" between states' rights and big federal government--a debate as relevant and urgent today as it was at the birth of our nation.

Adapting a selection of these essential essays--pseudonymously authored by the now well-documented triumvirate of Alexander Hamilton, James Madison, and John Jay--for a contemporary audience, Glenn Beck has had them reworked into "modern" English so as to be thoroughly accessible to anyone seeking a better understanding of the Founding Fathers' intent and meaning when laying the groundwork of our government. Beck provides his own illuminating commentary and annotations and, for a number of the essays, has brought together the viewpoints of both liberal and conservative historians and scholars, making this a fair and insightful perspective on the historical works that remain the primary source for interpreting Constitutional law and the rights of American citizens.

Title: The Original Argument: The Federalists' Case for the Constitution, Adapted for the 21st Century