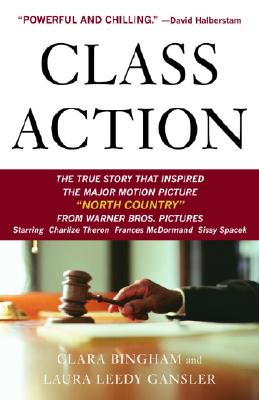 The true story of Lois Jenson, a petite single mother, who was among the first women hired by a northern Minnesota iron mine in 1975. In this brutal workplace, female miners were relentlessly threatened with pornographic graffiti, denigrating language, stalking, and physical assaults. Terrified of losing their jobs, the women kept their problems largely to themselves--until Lois, devastated by the abuse, found the courage to file a complaint against the company in 1984. Despite all of the obstacles the legal system threw at them, Lois and her fellow plaintiffs enlisted the aid of a dedicated team of lawyers and ultimately prevailed. Weaving personal stories with legal drama, Class Action shows how these terrifically brave women made history, although not without enormous personal cost. Told at a thriller's pace, this is the story of how one woman pioneered and won the first sexual harassment class action suit in the United States, a legal milestone that immeasurably improved working conditions for American women.