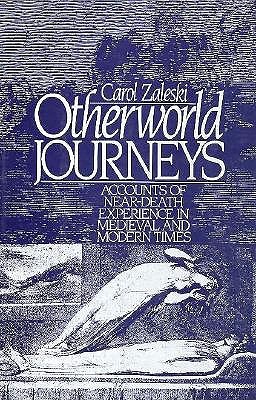 In the past decade there has been an explosion of interest in "near-death" experiences. Dozens of books, articles, television shows, and films have appeared in which people who have survived a close brush with death reveal their extraordinary visions and ecstatic feelings at the moment they "died." They tell of journeying through a tunnel to a realm of light, seeing a visual record of their past deeds, encountering a benevolent spirit, and returning to life permanently transformed. What do these experiences mean? Does visionary testimony prove that life continues after death? What does the popularity of these reports tell us about our culture? Otherworld Journeys is the most comprehensive treatment to date of the evidence surrounding near-death experiences. Zaleski looks at researchers' findings, first-person accounts of survivors, and possible medical or psychological explanations. She is the first to place this material in historical perspective, pointing out the ways in which it reflects the influence of contemporary culture. The book shows that modern near-death reports belong to a vast family of otherworld journey tales, with representatives in nearly ever religious heritage. In order to identify universal as well as culturally specific features, Zaleski compares near-death narratives in two distinct periods of Western society: medieval Christendom and twentieth-century secular America. She calls attention to the profound similarities, such as the life-review and the transforming after-effects of the vision, and to striking contrasts, such as the absence of hell or punishment scenes from modern accounts. Finally, Zaleski considers current efforts to explain near-death experience scientifically, mediating between the "debunkers" and the near-death researchers. She concludes by suggesting that the otherworld vision is a key for understanding imaginative and religious experience in general.