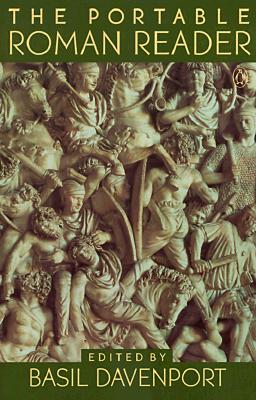 The Romans conquered most of the known world and detailed their conquests in calm, unapologetic histories. They were a supremely urbane people who longed poetically for the farming life. Valuing toughness and practicality in all things, they turned the love poem into a cynical rebuke and wrote tragedies in which the unfathomable actions of gods gave way to the staggering cruelties of man. As the empire slid into decay, Tacitus pulled back the curtain on the perverse intrigues of the emperors, and a Roman-educated Christian named Augustine recounted his spiritual awakening in what may be the world's first psychological novel.

This collection presents the essential writings of the Romans in their finest English translations: the comedies of Terence and Plautus; the histories of Julius Caesar, Livy and Tacitus; the oratory of Cicero; poems by Catullus, Virgil, Horace, and Martial; the philosophy of Lucretius and Bo thius, along with the stylishly narrated and often ribald myths of Ovid and Apuleius.