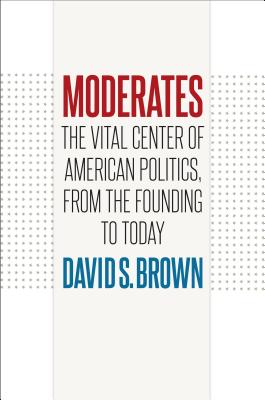 The fierce polarization of contemporary politics has encouraged Americans to read back into their nation's past a perpetual ideological struggle between liberals and conservatives. However, in this timely book, David S. Brown advances an original interpretation that stresses the critical role of moderate statesmen, ideas, and alliances in making our political system work. Beginning with John Adams and including such key figures as Abraham Lincoln, Theodore Roosevelt, Henry Cabot Lodge Jr., and Bill Clinton, Brown charts the vital if uneven progress of centrism through the centuries. Moderate opposition to both New England and southern secessionists during the early republic and later resistance to industrial oligarchy and the modern Sunbelt right are part of this persuasion's far-reaching legacy. Time and again moderates, operating under a broad canopy of coalitions, have come together to reshape the nation's electoral landscape.

Today's bitter partisanship encourages us to deny that such a moderate tradition is part of our historical development--one dating back to the Constitutional Convention. Brown offers a less polemical and far more compelling assessment of our politics.

Title: Moderates: The Vital Center of American Politics, from the Founding to Today