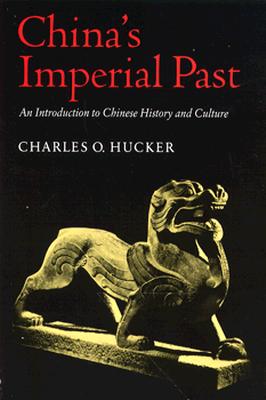 A work unique in the sweep of its design and scope, intended expressly for the general reader interested in human history and culture, this is a vivid panoramic survey of the vast course of Chinese civilization from prehistory to 1850, when the old China began the agonizing transition to the new. Historical surveys of China tend to be dynasty-by-dynasty chronicles with a profusion of names and dates and occaisional cultural tidbits, or to concentrate on the period from earliest times to the Han dynasty (or the T'ang), giving only scant coverage to the last thousand years. China's Imperial Past is different. Not only does it treat the three major periods of Chinese history at roughly equal length, weaving all their complexity into a balanced, integrated whole, but it gives ample space to China's magnificent literary and artistic achievements.

The author's approach is primarily interpretive, emphasizing patterns of change and development rather than factual details, but he never loses sight of the particularities that made traditional Chinese civilization one of the richest in human history. Especially notable are the many translations of Chinese poetry, among them more than twenty exquisite poems from the great poets of the T'ang.

The author divides Chinese history into three major epochs: a formative age, from high antiquity to the unification of China under the Ch'in in the third century B.C.; an early imperial age, from the Han dynasty (202 B.C.-A.D. 220) through the T'ang (618-907) and its breakdown; and a later imperial age, from the Sung dynasty (960-1279) to the mid-nineteenth century. Each major epoch is considered in topical chapters--on general history, political institutions, socioeconomic organization, religion and thought, and literature and the arts. A brief Epilogue comments on aspects of Chinese history since 1850.

The book includes 47 plates, eight maps, and various charts, and as appendixes and unusually detailed chronological table, notes on the Chines language, and suggestions for supplementary reading.

Title: Chinas Imperial Past: An Introduction to Chinese History and Culture