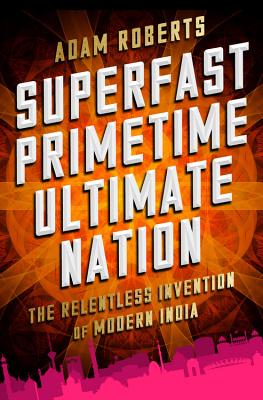 Who can foretell India's future? Mr. Joshi is a fortune teller in a slum in south Delhi who uses a soothsaying green parrot to make predictions. When Adam Roberts visited him in 2012, Joshi's parrot declared that India was destined to become the most powerful nation under Prime Minister Narendra Modi. The parrot also foretold that India would win the soccer World Cup.
Parrots may not be the preeminent political authority, but many Indians were just as confident. So Adam Roberts spent five years traveling the length and breadth of the country from Kerala to the Himalayas, Bengal to Gujarat. As he encountered the power brokers, gate keepers, and elaborate social dynamics of the world's largest democracy, he asked if--and how--India can become a truly great economic power, more influential abroad and stable at home. He met prime ministers, multimillionaires, traveling salesmen, pilgrims, eco-warriors, farmers, and tech innovators, each wrestling with the trials posed by the world's most conspicuously nearly great power. He experienced an immense country that, despite daunting challenges, is entering the most optimistic period in its modern history.
Through vivid storytelling and insight, Superfast Primetime Ultimate Nation examines the problems and promises of fast-growing India to reveal how it might reach its full potential and become, as Mr. Joshi's parrot predicted, a truly powerful nation.