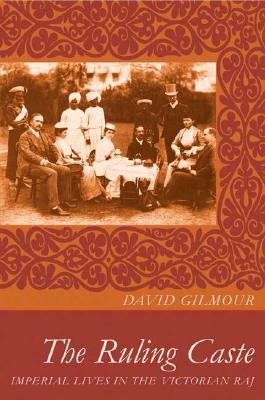 A sparkling, provocative history of the English in South Asia during Queen Victoria's reign
Between 1837 and 1901, less than 100,000 Britons at any one time managed an empire of 300 million people spread over the vast area that now includes India, Pakistan, Bangladesh, and Burma. How was this possible, and what were these people like? The British administration in India took pride in its efficiency and broad-mindedness, its devotion to duty and its sense of imperial grandeur, but it has become fashionable to deprecate it for its arrogance and ignorance. In this balanced, witty, and multi-faceted history, David Gilmour goes far to explain the paradoxes of the "Anglo-Indians," showing us what they hoped to achieve and what sort of society they thought they were helping to build.
"The Ruling Caste" principally concerns the officers of the legendary India Civil Service--each of whom to perform as magistrate, settlement officer, sanitation inspector, public-health officer, and more for the million or so people in his charge. Gilmour extends his study to every level of the administration and to the officers' women and children, so often ignored in previous works. "" "The Ruling Caste" is the best book yet on the real trials and triumphs of an imperial ruling class; on the dangerous temptations that an empire's power encourages; on relations between governor and governed, between European and Asian. No one interested in politics and social history can afford to miss this book.

Title: The Ruling Caste: Imperial Lives in the Victorian Raj