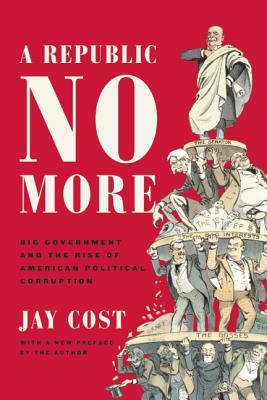 After the Constitutional Convention, Benjamin Franklin was asked, "Well, Doctor, what have we got--a Republic or a Monarchy?" Franklin's response: "A Republic--if you can keep it."

This book argues: we couldn't keep it. A true republic privileges the common interest above the special interests. To do this, our Constitution established an elaborate system of checks and balances that disperses power among the branches of government, which it places in conflict with one another. The Framers believed that this would keep grasping, covetous factions from acquiring enough power to dominate government. Instead, only the people would rule. Proper institutional design is essential to this system. Each branch must manage responsibly the powers it is granted, as well as rebuke the other branches when they go astray. This is where subsequent generations have run into trouble: we have overloaded our government with more power than it can handle. The Constitution's checks and balances have broken down because the institutions created in 1787 cannot exercise responsibly the powers of our sprawling, immense twenty-first-century government. The result is the triumph of special interests over the common interest. James Madison called this factionalism. We know it as political corruption. Corruption today is so widespread that our government is not really a republic, but rather a special interest democracy. Everybody may participate, yes, but the contours of public policy depend not so much on the common good, as on the push-and-pull of the various interest groups encamped in Washington, DC.

Title: A Republic No More: Big Government and the Rise of American Political Corruption