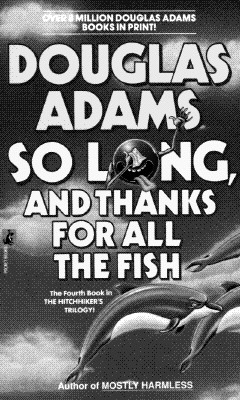 SO LONG AND THANKS FOR ALL THE FISH

Arthur Dent is out of his bathrobe, in love, and wondering why the dolphins said...So Long and Thanks for All the Fish. Was the earth really demolished? Why did all the dolphins disappear? What is God's final message to His creatures? Arthur Dent, Ford Prefect, and the new voivoid gang are off (by commercial airline) on a wacked-out quest to answer these truly unimportant questions.
View More... 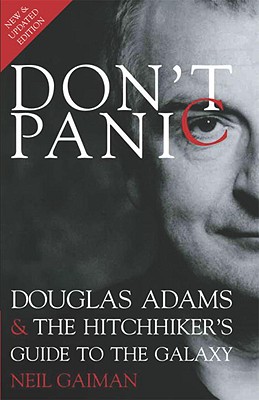 Don't Panic: Douglas Adams & The Hitchhiker's Guide to the Galaxy

"It's all devastatingly true -- except the bits that are lies" -- Douglas Adams Upon publication, Don't Panic quickly established itself as the definitive companion to Adams and The Hitchhiker's Guide to the Galaxy. This edition comes up to date, covering the movie, And Another Thing by Eoin Colfer and the build up to the 30th anniversary of the first novel. Acclaimed author Neil Gaiman celebrates the life and work of Douglas Adams who, in a field in Innsbruck in 1971, had an idea that became The Hitchhiker's Guide to the Galaxy. The radio series that started it al...
View More... 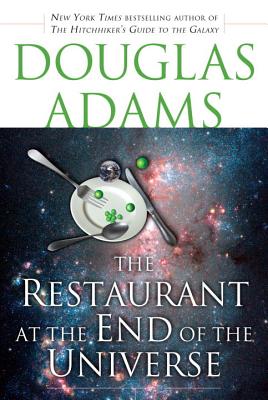 The Restaurant at the End of the Universe

Facing annihilation at the hands of the warlike Vogons? Time for a cup of tea Join the cosmically displaced Arthur Dent and his uncommon comrades in arms in their desperate search for a place to eat, as they hurtle across space powered by pure improbability. Among Arthur's motley shipmates are Ford Prefect, a long-time friend and expert contributer to The Hitchhiker's Guide to the Galaxy; Zaphod Beeblebrox, the three-armed, two-headed ex-president of the galaxy; Tricia McMillan, a fellow Earth refugee who's gone native (her name is Trillian now); and Marvin, the moody android. Thei...
View More... 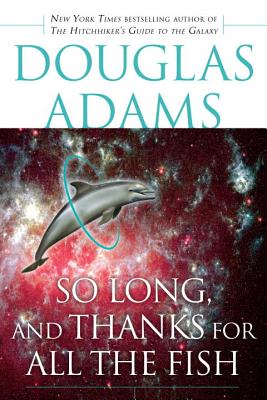 So Long, and Thanks for All the Fish (Hitchhiker's Guide to the Galaxy)

Back on Earth with nothing more to show for his long, strange trip through time and space than a ratty towel and a plastic shopping bag, Arthur Dent is ready to believe that the past eight years were all just a figment of his stressed-out imagination. But a gift-wrapped fishbowl with a cryptic inscription, the mysterious disappearance of Earth's dolphins, and the discovery of his battered copy of The Hitchhiker's Guide to the Galaxy all conspire to give Arthur the sneaking suspicion that something otherworldly is indeed going on. God only knows what it all means. Fortunately, He lef...
View More... 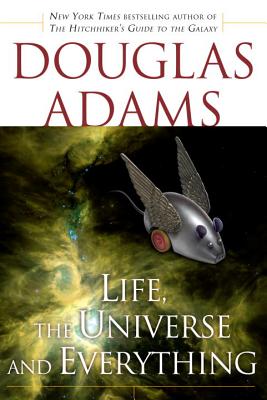 Life, the Universe and Everything

The unhappy inhabitants of planet Krikkit are sick of looking at the night sky above their heads-so they plan to destroy it. The universe, that is. Now only five individuals stand between the killer robots of Krikkit and their goal of total annihilation. They are Arthur Dent, a mild-mannered space and time traveler who tries to learn how to fly by throwing himself at the ground and missing; Ford Prefect, his best friend, who decides to go insane to see if he likes it; Slartibartfast, the indomitable vice president of the Campaign for Real Time, who travels in a ship powered by irrational b...
View More...