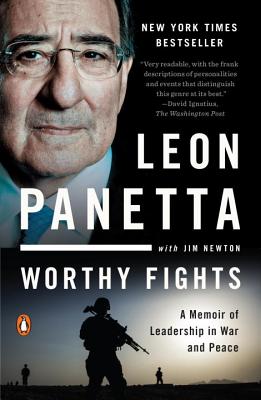 Worthy Fights: A Memoir of Leadership in War and Peace

The New York Times-bestselling autobiography of a legendary political and military leader It could be said that Leon Panetta has had two of the most consequential careers of any American public servant in the past fifty years. His first career, beginning as an Army intelligence officer and including a distinguished run as one of the most powerful and respected members of Congress, lasted thirty-five years and culminated in his transformational role as budget czar and White House chief of staff in the Clinton administration. But after a brief "retirement," he returned to publi...
View More...