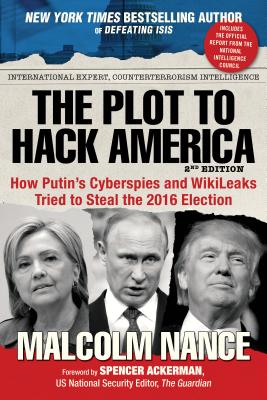 "The Plot to Hack America reads like a spy thriller, but it's all too real." -US Daily Review Over 600 Amazon *FIVE STAR* Reviews "Nance states that, by their choices, actions, and statements, 'Trump and Pence chose Russia's values over America's.'" -Michael Lipkin, New York Journal of Books Published a full month prior to the divisive Trump vs. Clinton 2016 presidential election, this book exposed the Russian hacking while the CIA was drafting their own report. In April 2016, computer technicians at the Democratic National Committee discovered...
View More...