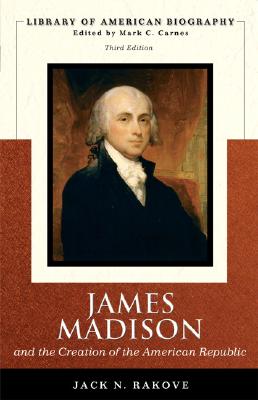 In this biography, Pulitzer Prize-winning author Jack Rakove examines the life and legacy of James Madison, one of the founding fathers of the United States. Paperback, brief, and inexpensive, each of the titles in the Library of American Biography Series focuses on a figure whose actions and ideas significantly influenced the course of American history and national life. In addition, each biography relates the life of its subject to the broader themes and developments of the times.
View More... 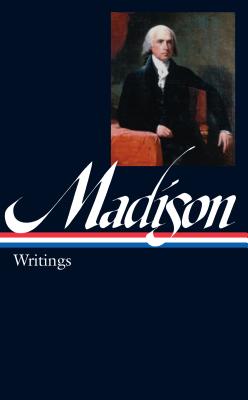 Over 200 years after the founding of the federal republic, James Madison remains the most important political thinker in American history. The prime framer of the Constitution and the Bill of Rights, Madison was also a brilliant expositor of the new republican government and its underlying principles. His eloquent and insightful writing on freedom of religion, freedom of speech and the press, the rights of minorities under majority rule, the role of the states in the federal system, and the separation of powers are central to American political thought and speak to the controversies of the pre...
View More... 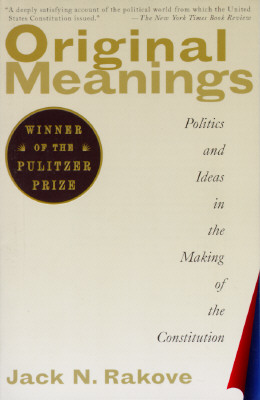 Original Meanings: Politics and Ideas in the Making of the Constitution

From abortion to same-sex marriage, today's most urgent political debates will hinge on one question: What did the United States Constitution originally mean and who understands its meaning best? In Original Meanings, Jack N. Rakove chronicles the Constitution from inception to ratification and in so doing traces its complex weave of ideology and interest, showing us how that document meant different things to different groups of Americans at different moments of its creation.

Whether he is reopening the issues that the Constitution's framers tried to solve or reanimating the personalities o...
View More...