Against All Odds Two Pennies, A Rainbow and a Woman Called Mercy 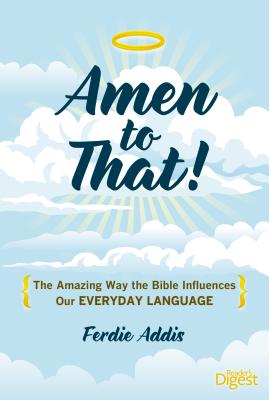 Amen to That!: The Amazing Way the Bible Influences Our Everyday Language

Whether or not you have ever read or studied the Bible, Amen to That references the best-selling book in the world from which people have been quoting for centuries and sheds light on the origins of everyday expressions and phrases we use today. Many of us have never read or studied the Bible, yet people have been quoting from its pages for centuries, not knowing the origin or significance of these timeless expressions. Let there be light Amen to That will delightfully shed clarity on how a collection of ancient stories, written in three languages over the course of a thousa...
View More... 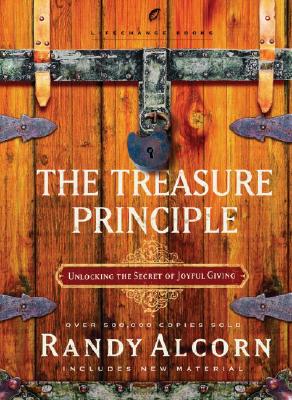 Discover how the joy of giving can make your life richer, starting today. Bestselling author Randy Alcorn introduced readers to a revolution in material freedom and radical generosity with the release of the original The Treasure Principle in 2001. Now the revision to the compact, perennial bestseller includes a provocative new concluding chapter depicting God asking a believer questions about his stewardship over material resources. Jesus spent more time talking about money and possessions than about heaven and hell combined. But too often we've overlooked or misundersto...
View More... 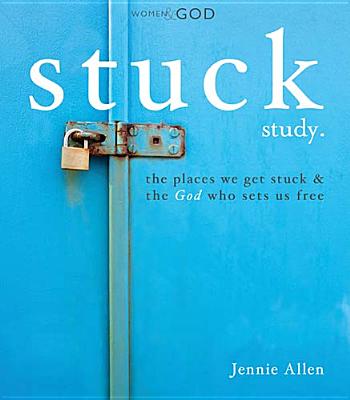 Stuck Study Guide: The Places We Get Stuck and the God Who Sets Us Free

Do you feel stuck?

So many of us live stuck. Stuck in trying to seem perfect. Stuck in sadness. Stuck feeling numb. Stuck pursuing more stuff to make us happy. Stuck in something we can't even name. These stuck places often go unattended inside of us and they are shaping our lives more than we would like to think. We've been trying to fix this feeling with everything but...

God. He has a plan for these spaces inside of us, the places we feel broken, but we have to go to Him. Stuck is a journey to take an honest look at the fight going o...
View More... 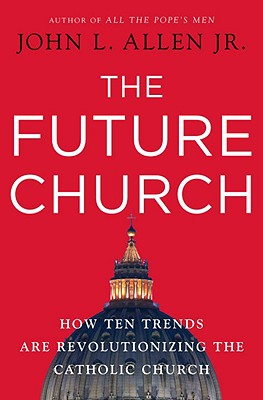 The Future Church: How Ten Trends are Revolutionizing the Catholic Church

One of the world s foremost religion journalists offers an unexpected and provocative look at where the Catholic Church is headed and what the changes will mean for all of us.

What will the Catholic Church be like in 100 years? Will there be a woman pope? Will dioceses throughout the United States and the rest of the world go bankrupt from years of scandal? In THE FUTURE CHURCH, John L. Allen puts forth the ten trends he believes will transform the Church into the twenty-second century. From the influence of Catholics in Africa, Asia, and Latin America...
View More...

The Secret Archives of the Vatican

The Secret Archives of the Vatican 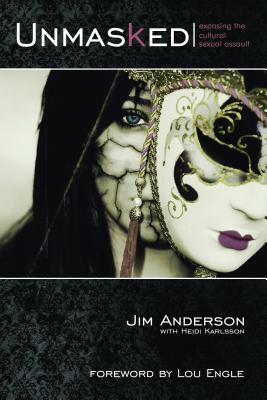 In an era in which sexual sin is destroying marriages and families, toppling government leaders, causing rampant STDs among a generation, ravaging entire nations through AIDS...Unmasked is a book with revelation about God's gift of sexuality, the heart of a woman, the true role of a man, God's true design for men and women, a father's role in protecting his daughters and training his sons, the worship of sex that has saturated the nations of the earth, and the church's mandate in a culture that worships sex. Today the most searched theme or topic in Christian websites is sex. Multiple generati...
View More... 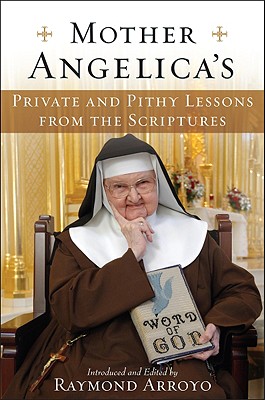 Mother Angelica's Private and Pithy Lessons from the Scriptures

The Word is made fresh by the irrepressible Mother Angelica as she personally escorts you through the Scriptures, unearthing lessons for daily living--the perfect companion to the New York Times bestselling Mother Angelica's Little Book of Life Lessons and Everyday Spirituality. 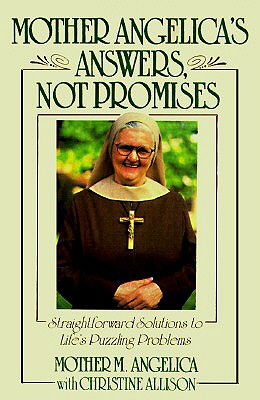 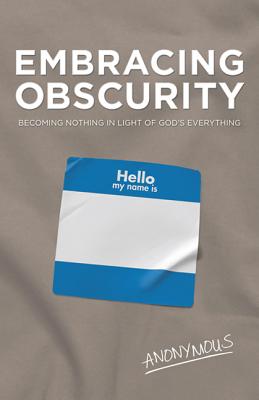 Embracing Obscurity: Becoming Nothing in Light of Godâ€™s Everything

No matter how famous someone might be, the fact remains; most of the other seven billion people on Earth wouldn't know him or her from the next person. Add this reality to one's shrinking recognizability among the multiple billions down through history, and the worldly emphasis on standing out really falls flat; we're all in this obscurity thing together. Ironically, the trouble with me and you and the rest of humanity is not a lack of self-confidence but that we have far too much self-importance. To live and die unnoticed would seem a grave injustice to many. It's all too easy to think we...
View More... 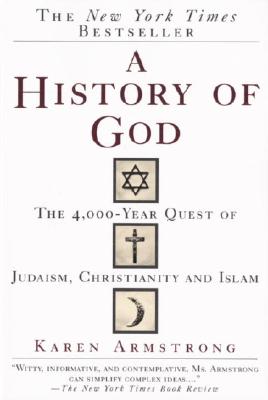 A History of God: The 4,000-Year Quest of Judaism, Christianity and Islam

Why does God exist? How have the three dominant monotheistic religions--Judaism, Christianity, and Islam--shaped and altered the conception of God? How have these religions influenced each other? In this stunningly intelligent book, Karen Armstrong, one of Britain's foremost commentators on religious affairs, traces the history of how men and women have perceived and experienced God, from the time of Abraham to the present. The epic story begins with the Jews' gradual transformation of pagan idol worship in Babylon into true monotheism--a concept previously unknown in the world. Christiani...
View More... 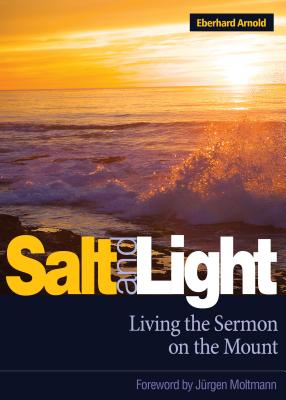 Salt and Light: Living the Sermon on the Mount

In the Sermon on the Mount, Jesus puts aside his usual parables and speaks plainly in language anyone can understand. Like Francis of Assisi and others, Arnold chose to live out Jesus' teachings by embracing their self- sacrificing demands. In this collection of talks and essays, he calls us to live for the Sermon's ultimate goal: the overturning of the prevailing order of injustice. In its place, Arnold writes, we must build up a just, peaceable society motivated by love.
View More... 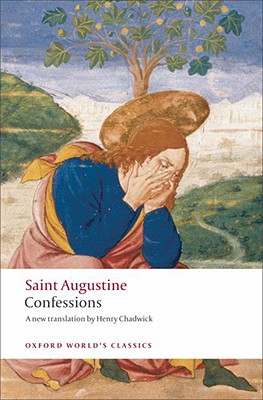 In his own day the dominant personality of the Western Church, Augustine of Hippo today stands as perhaps the greatest thinker of Christian antiquity, and his Confessions is one of the great works of Western literature. In this intensely personal narrative, Augustine relates his rare ascent from a humble Algerian farm to the edge of the corridors of power at the imperial court in Milan, his struggle against the domination of his sexual nature, his renunciation of secular ambition and marriage, and the recovery of the faith his mother Monica had taught him during his childhood. Now...
View More... 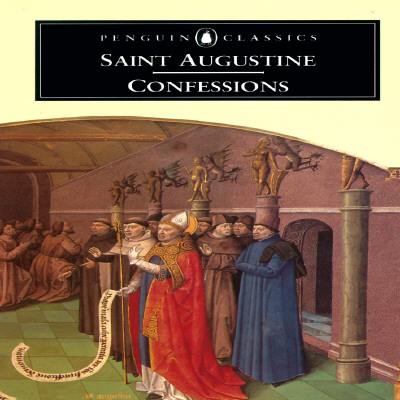 The son of a pagan father and a Christian mother, Saint Augustine spent his early years torn between conflicting faiths and world views. His Confessions, written when he was in his forties, recount how, slowly and painfully, he came to turn away from his youthful ideas and licentious lifestyle, to become instead a staunch advocate of Christianity and one of its most influential thinkers. A remarkably honest and revealing spiritual autobiography, the Confessions also address fundamental issues of Christian doctrine, and many of the prayers and meditations it includes are still an ...
View More... 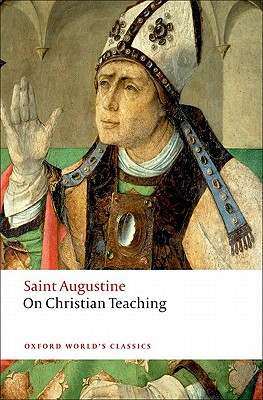 The De Doctrina Christiana ("On Christian Teaching") is one of Augustine's most important works on the classical tradition. Undertaken at the same time as the Confessions, it sheds light on the development of Augustine's thought, especially in the areas of ethics, hermeneutics, and sign-theory. This completely new translation gives a close but updated representation of Augustine's thought and expression, while a succinct introduction and select bibliography present the insights of recent research. About the Series: For over 100 years Oxford World...
View More...