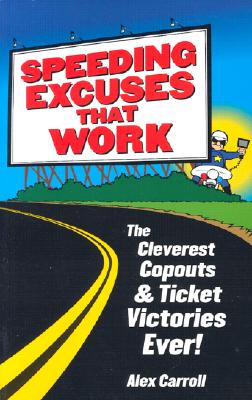 Speeding Excuses That Work: The Cleverest Copouts and Ticket Victories Ever 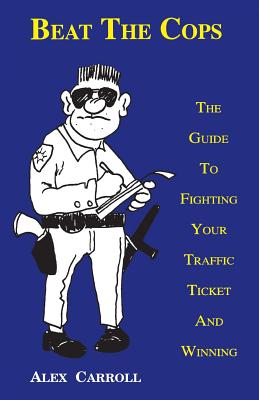 Beat the Cops, the Guide to Fighting Your Traffic Ticket and Winning 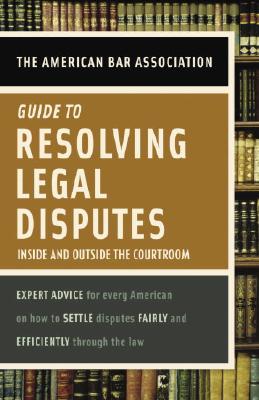 American Bar Association Guide to Resolving Legal Disputes: Inside and Outside the Courtroom

Whether you're fighting with a neighbor about who should pay for a fence, pursuing a charge of discrimination at work, or chasing a $5000 loan, the "ABA Guide to""Resolving Legal Disputes: Inside and Outside the Courtroom "can help you decide what steps to take to resolve disputes. This book, written in easy-to-read language with dozens of real-life examples, includes tips on how to be a better negotiator. It also provides important information about mediation, arbitration, small claims court, and civil court procedures, and includes a chapter on working with a lawyer, with tips on how you can...
View More... 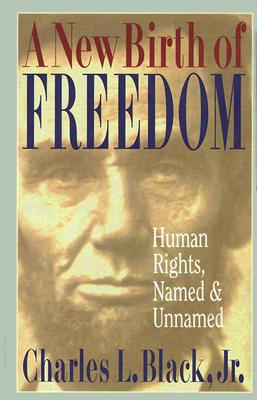 Widely recognized as one of the greatest constitutional thinkers of our time, in the 1950s Charles Black joined Jack Greenberg, Thurgood Marshall, and others in crafting the arguments in Brown v. Board of Education. Here Black offers the clearest and most powerful constitutional argument for a national commitment to human rights.
View More... 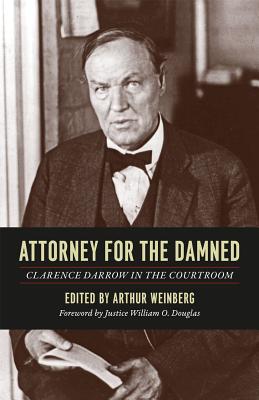 Attorney for the Damned: Clarence Darrow in the Courtroom

A famous defender of the underdog, the oppressed, and the powerless, Clarence Darrow (1857-1938) is one of the true legends of the American legal system. His cases were many and various, but all were marked by his unequivocal sense of justice, as well as his penchant for representing infamous and unpopular clients, such as the Chicago thrill killers Leopold and Loeb; Ossian Sweet, the African American doctor charged with murder after fighting off a violent, white mob in Detroit; and John T. Scopes, the teacher on trial in the famous Scopes Monkey Trial.
Published for the first time in 1957...
View More...

Legal Problem Solver: A Quick-and-Easy Action Guide to the Law

Surviving the Crash: Your Legal Rights in a Bicycle Accident 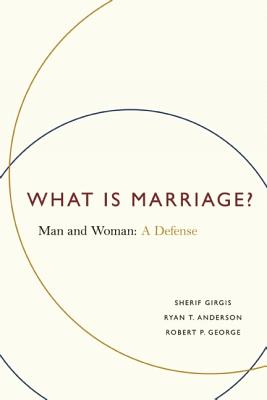 What is Marriage?: Man and Woman: A Defense

Until yesterday, no society had seen marriage as anything other than a conjugal partnership: a male-female union. What Is Marriage? identifies and defends the reasons for this historic consensus and shows why redefining civil marriage is unnecessary, unreasonable, and contrary to the common good. Originally published in the Harvard Journal of Law and Public Policy, this book's core argument quickly became the year's most widely read essay on the most prominent scholarly network in the social sciences. Since then, it has been cited and debated by scholars and activists through...
View More... 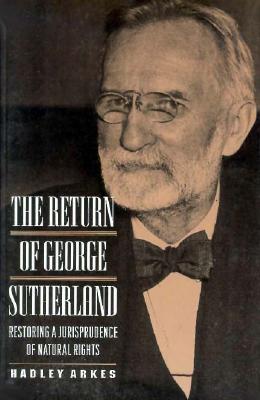 The Return of George Sutherland

In this book, Hadley Arkes seeks to restore, for a new generation, the jurisprudence of the late Justice of the Supreme Court George Sutherland--a jurisprudence anchored in the understanding of natural rights. The doctrine of natural rights has become controversial in our own time, while Sutherland has been widely maligned and screened from our historical memory. He is remembered today as one of the "four horsemen" who resisted Roosevelt and the New Deal; but we have forgotten his leadership in the cause of voting rights for women. Both liberal and conservative jurists now deride Sutherland...
View More...

This true story of an epic courtroom showdown, where two of the nation's largest corporations were accused of causing the deaths of children from water contamination, was a #1 national bestseller and winner of the National Book Critics Circle Award. Described as "a page-turner filled with greed, duplicity, heartache, and bare-knuckle legal brinksmanship by The New York Times, A Civil Action is the searing, compelling tale of a legal system gone awry--one in which greed and power fight an unending struggle against justice. Yet it is also the story of how one man can ultimatel...
View More... 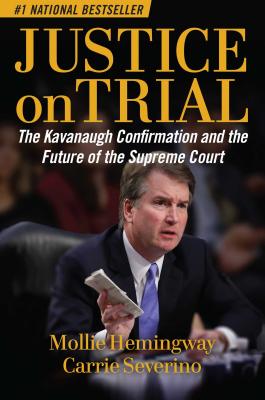 Justice on Trial: The Kavanaugh Confirmation and the Future of the Supreme Court

In this definitive deep dive into the confirmation of Supreme Court Justice Brett Kavanaugh, two women with extraordinary behind-the-scenes access--The Federalist senior editor Mollie Hemingway and Judicial Crisis Network senior counsel Carrie Severino--reveal what really happened and explore what the bitterly divisive hearings mean for the future of the Court and the battle for the soul of America.
View More... 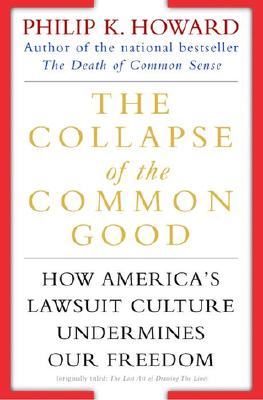 The Collapse of the Common Good: How America's Lawsuit Culture Undermines Our Freedom

In pursuit of fairness at any cost, we have created a society paralyzed by legal fear: Doctors are paranoid and principals powerless. Little league coaches, scared of liability, stop volunteering. Schools and hospitals start to crumble. The common good fades, replaced by a cacophony of people claiming their "individual rights." By turns funny and infuriating, this startling book dissects the dogmas of fairness that allow self-interested individuals to bully the rest of society. Philip K. Howard explains how, trying to honor individual rights, we removed the authority needed to maintain a f...
View More... 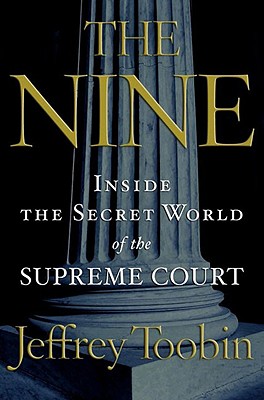 The Nine: Inside the Secret World of the Supreme Court

Acclaimed journalist Jeffrey Toobin takes us into the chambers of the most important--and secret--legal body in our country, the Supreme Court, revealing the complex dynamic among the nine people who decide the law of the land. An institution at a moment of transition, the Court now stands at a crucial point, with major changes in store on such issues as abortion, civil rights, and church-state relations. Based on exclusive interviews with the justices and with a keen sense of the Court's history and the trajectory of its future, Jeffrey Toobin creates in The Nine a riveting story of...
View More... 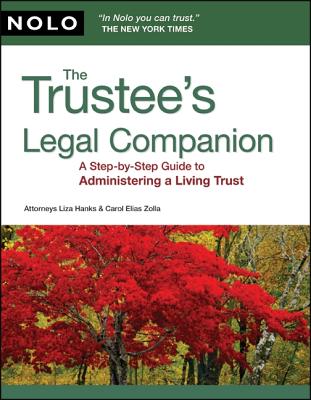 The Trustee's Legal Companion: A Step-by-Step Guide to Administering a Living Trust

Each year, more than two million American families must deal with a loved one's death. For those who have inherited the job of wrapping up the deceased's living trust the task may feel honorable, but can also be highly stressful and confusing, leaving the trustee unsure of where to start.The Trustee's Legal Companion shows bewildered trustees exactly how to proceed. From handling required paperwork to keeping beneficiaries informed, to working with professionals, trustees will get the guidance they need to distribute survivors' money and property legally, by terms. It covers: what the job of t...
View More... 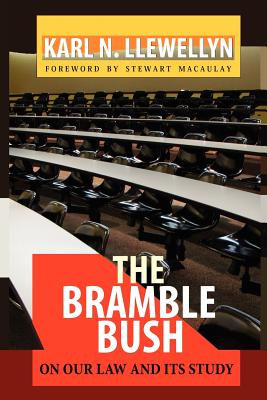 The Bramble Bush: On Our Law and Its Study

Written over 80 years ago, but highly relevant today, The Bramble Bush remains one of the books most recommended for students to read when considering law school, just before beginning its study, or early in the first semester. Its first edition began as a collection from a series of introductory lectures given by legal legend Karl Llewellyn to new law students at Columbia University. It still speaks to law, legal reasoning, and exam-taking skills in a way that makes it a classic for each new generation. 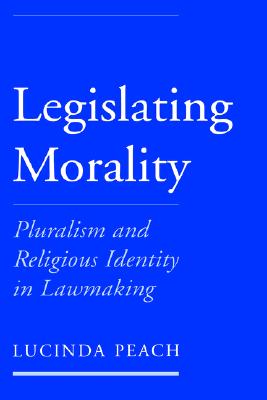 The debate over religious lawmaking pits respect for religious pluralism against moral identity-with liberal theorists contending that religious lawmaking is generally suspect in a morally and religiously diverse polity like the United States, and communitarian ones arguing that lawmakers cannot, and should not, be expected to suppress their religious commitments in their public policy making. Looking carefully at both sides of this ongoing debate, Lucinda Peach explores the limitations as well as the value of these conflicting perspectives, and proposes a solution for their reconciliation. 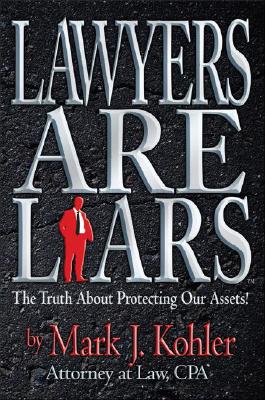 Lawyers Are Liars: The Truth About Protecting Our Assets

In his 1996 State of the Union Address, President Bill Clinton announced that the "age of big government is over." Some Republicans accused him of cynically appropriating their themes, while many Democrats thought he was betraying the principles of the New Deal and the Great Society. Mark Tushnet argues that Clinton was stating an observed fact: the emergence of a new constitutional order in which the aspiration to achieve justice directly through law has been substantially chastened.

Tushnet argues that the constitutional arrangements that prevailed in the United States from the...
View More...