6 Minutes In The Morning Toning 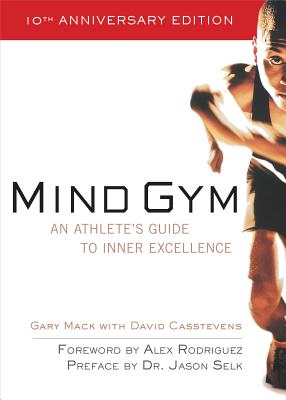 "Believing in yourself is paramount to success for any athlete. Gary's lessons and David's writing provide examples of the importance of the mental game."
--Ben Crenshaw, two-time Masters champion and former Ryder Cup captain

"I read Mind Gym on my way to the Sydney Olympics and really got a lot out of it. Gary has important lessons to teach, and you'll find the...
View More... 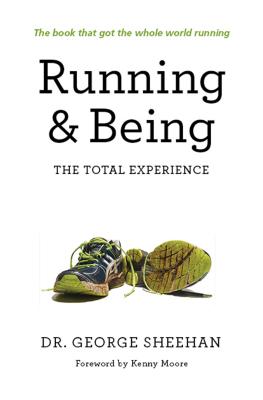 Running & Being: The Total Experience

A New York Times bestseller for 14 weeks in 1978, Running & Being became known as the philosophical bible for runners around the world. More than thirty years after its initial publication, it remains every bit as relevant today. Written by the late, beloved Dr. George Sheehan, Running & Being tells of the author's midlife return to the world of exercise, play, and competition, in which he found "a world beyond sweat" that proved to be a source of great revelation and personal growth. But Running & Being focuses more on life than it does, specifically, on runnin...
View More... 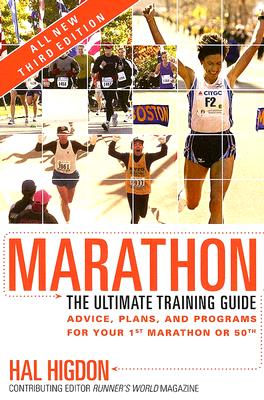 With over 50% new material, this category killer is sure to go the distance

This new edition focuses on first marathoners, women runners, and those new to the sport; and as always, Higdon shows how to build up mileage and gives advice on running long, speedwork for distance ...
View More... 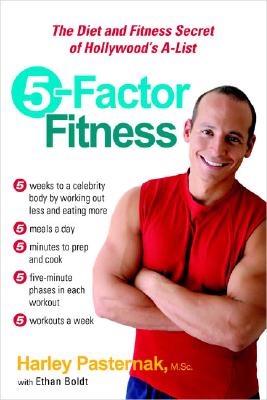 5-Factor Fitness: The Diet and Fitness Secret of Hollywood's A-List

Harley Pasternak, M.Sc., holds an MS in exercise physiology and nutritional sciences from the University of Toronto, and an honors degree in kinesiology from the University of Western Ontario. He is certified by the American College of Sports Medicine and the Canadian Society of Exercise Physiology. His work has been profiled in such national publications as Redbook, Glamour, Fitness and Men's Health, and he has appeared on The Oprah Winfrey Show and other TV programs. Pasternak, a native of Canada, lives and works in Los Angeles.
View More... 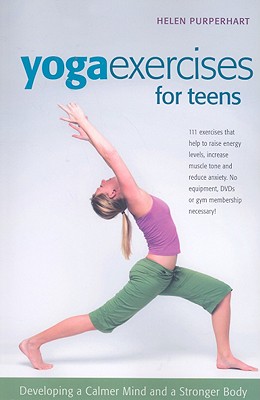 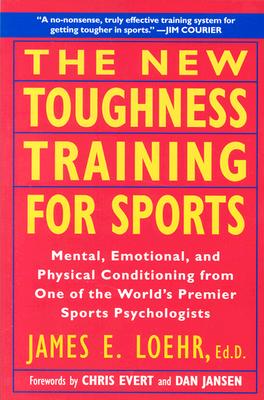 The New Toughness Training for Sports: Mental Emotional Physical Conditioning from One of the World's Premier Sports Psychologists

For nearly a quarter of a century, top sports psychologist James E. Loehr has been training world-class athletes, from Olympic gold medalist speed-skater Dan Jansen to tennis stars Monica Seles and Jim Courier His bestselling book, Mental Toughness Training for Sports, is a classic. In The New Toughness Training for Sports, he offers a toughness program that allows you to play at the very top of your game--every time. You'll learn how to trigger you Ideal Performance State (IPS) on demand and gain the heightened physical, mental, and emotional mind-bod...
View More... 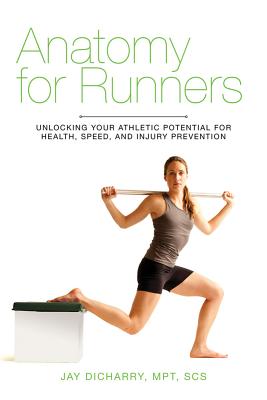 Anatomy for Runners: Unlocking Your Athletic Potential for Health, Speed, and Injury Prevention

Running has become more and more popular in recent years, with thousands of people entering marathons, buying new running shoes with the latest technology, and going for a daily jog, whether on the track or on a treadmill. Unfortunately, with running comes injuries, as a result of wrong information and improper training. Author Jay Dicharry was tired of getting the same treatments from doctors that didn't heal his joint and muscle pain from running, so he decided to combine different fields of clinical care, biomechanical analysis, and coaching to help you avoid common injuries and become the ...
View More... 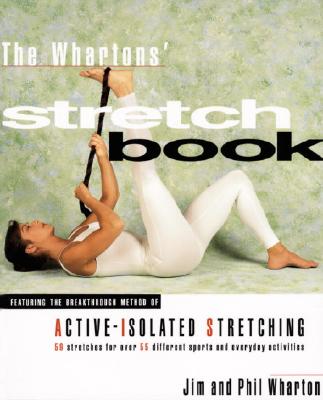 Whether you're a serious competitor or weekend warrior, you know that proper stretching before and after your workout can improve your performance, increase your flexibility, help prevent injury, and make you feel better. But did you know that the traditional way of stretching -- lock your knees, bounce, hold, hurt, hold longer -- actually makes muscles tighter and more prone to injury? There's a new and better way to stretch: Active-Isolated Stretching. And with The Whartons' Stretch Book, the method used successfully by scores of professional, amateur, and Olympic athletes ...
View More... 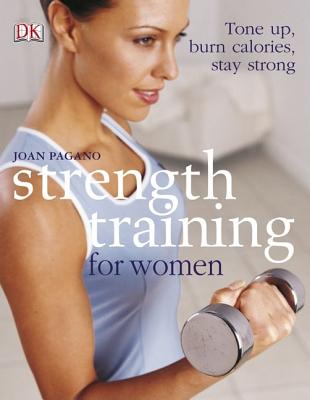 A comprehensive, step-by-step guide to strength training for women, embracing techniques to help tone muscle, burn fat, and defy the ageing process. The book is a sensible workout plan which features two programs for all ages and levels of ability and is perfect for the home or gym.
View More... 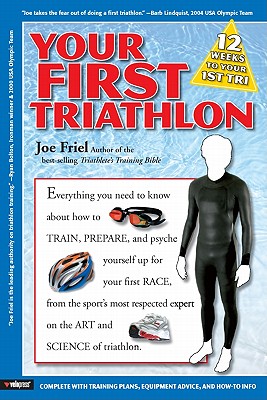 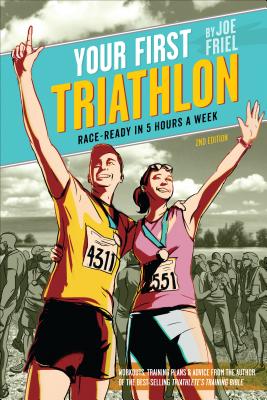 Your First Triathlon, 2nd Ed.: Race-Ready in 5 Hours a Week

Joe Friel is the top coach in triathlon and his book "Your First Triathlon" is the best-selling book for beginner triathletes. This clear and comprehensive book makes preparing for sprint and Olympic triathlons simple and stress-free. Joe Friel's practical training plan takes fewer than 5 hours a week, giving aspiring triathletes the confidence and fitness to enjoy their first race. 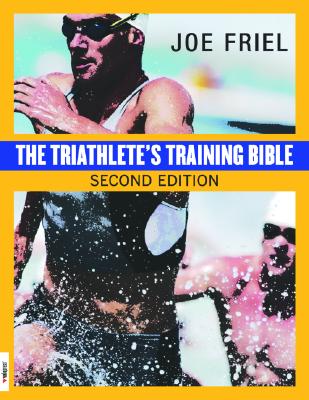 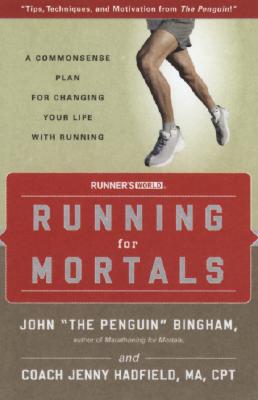 Running for Mortals: A Commonsense Plan for Changing Your Life With Running

The authors of Marathoning for Mortals - John "The Penguin" Bingham and Coach Jenny Hadfield, MA, CPT - now show beginning runners how to fit running into their lifestyle easily You don't have to run fast or competitively to reap the rewards that running has to offer. What you do need is the courage to start. That is the "Penguin mantra" that has enabled John Bingham--through his best-selling book No Need for Speed, his popular monthly column for Runner's World magazine, and his many appearances at major running events throughout the year--to inspire thousands...
View More... 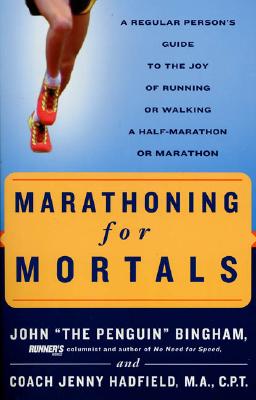 Marathoning for Mortals : A Regular Persons Guide to the Joy of Running or Walking a Half-Marathon or Marathon

Once considered a feat for superhuman athletes, the marathon is now within every mortal's grasp. Former couch potato John Bingham has joined forces with coach Jenny Hadfield to create a winning plan that works for every mortal--even you. In Marathoning for Mortals, you'll find the courage to train, the willpower to persevere, and the tenacity to finish one mile after another. John and Jenny stick with you every step of the way, from your first insecure thoughts to your last-minute jitters to your supreme joy at the finish line. In Marathoning for Mortals, you'll find: 8 t...
View More...

Running for Mortals: A Commonsense Plan for Changing Your Life With Running

The authors of Marathoning for Mortals - John "The Penguin" Bingham and Coach Jenny Hadfield, MA, CPT - now show beginning runners how to fit running into their lifestyle easily You don't have to run fast or competitively to reap the rewards that running has to offer. What you do need is the courage to start. That is the "Penguin mantra" that has enabled John Bingham--through his best-selling book No Need for Speed, his popular monthly column for Runner's World magazine, and his many appearances at major running events throughout the year--to inspire thousands...
View More... 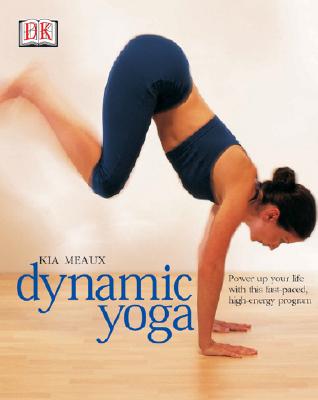 A basic grounding in the principles and practice of the most intensive workout for body, mind, and spirit. Dynamic Yoga is a powerful exercise system designed to give the body the ultimate workout for increased energy, fitness, and flexibility. Boost your energy levels. Kia Meaux has devised an imaginative and invigorating program based on the sun Salutes of Ashtanga yoga. It encourages you to get your body moving in a series of flowing, controlled postures specifically designed to work every part of the body. Starting with gently warm-ups, you move to an active and energizing phase to get you...
View More...