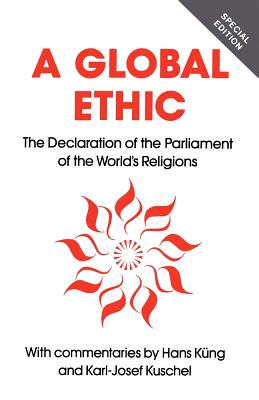 Global Ethic: The Declaration of the Parliament of the World's Religions

"Presents the text of the 'Declaration' and a commentary on its evolution and significance.... The message of this book is very timely." -The Leading Edge>
View More... 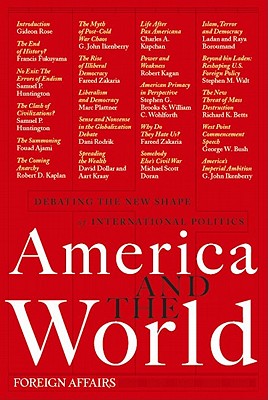 America and the World: Debating the New Shape of International Politics 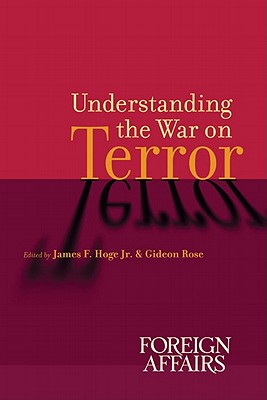 Understanding the War on Terror 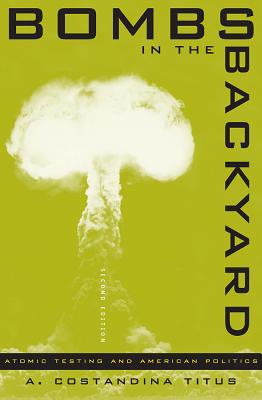 Bombs In The Backyard: Atomic Testing And American Politics (Nevada Studies in History and Pol Sci)

On January 27, 1951, the first atomic weapon was detonated over a section of desert known as Frenchman Flat in southern Nevada, providing dramatic evidence of the Nevada Test Site's beginnings. Fifty years later, author A. Costandina Titus reviews contemporary nuclear policy issues concerning the continued viability of that site for weapons testing. Titus has updated her now-classic study of atomic testing with fifteen years of political and cultural history, from the mid-1980s Reagan-Gorbachev nuclear standoff to the authorization of the Nevada Test Site Research Center, a Desert Research Ins...
View More... 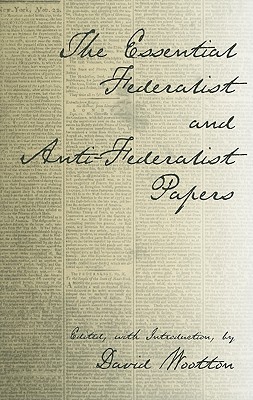 Here, in a single volume, is a selection of the classic critiques of the new Constitution penned by such ardent defenders of states' rights and personal liberty as George Mason, Patrick Henry, and Melancton Smith; pro-Constitution writings by James Wilson and Noah Webster; and thirty-three of the best-known and most crucial Federalist Papers by Alexander Hamilton, James Madison, and John Jay. The texts of the chief constitutional documents of the early Republic are included as well. 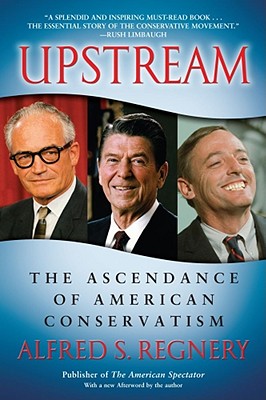 Upstream: The Ascendance Of American Conservatism

Alfred S. Regnery, the publisher of The American Spectator, has been a part of the American conservative movement since childhood, when his father founded The Henry Regnery Company, which subsequently became Regnery Publishing -- the preeminent conservative publishing house that, among other notable achievements, published William F. Buckley's first book, God and Man at Yale. Including many uniquely personal anecdotes and stories, Regnery himself now boldly chronicles the development of the conservative movement from 1945 to the present. The outpouring of grief at the funera...
View More... 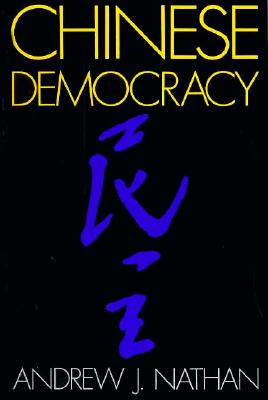 What do the Chinese mean when they say that their political systems is "democratic"? With recent improvements in relations between China and the West, this question is basic to an understanding of the Chinese people in their state. In Chinese Democracy, Andrew Nathan investigates in depth the nature and meaning of "democracy" in China today, beginning with a vivid history of the short-lived Democracy Movement of 1978-1981, when groups of young people in a number of Chinese cities started issuing outspoken publications and putting up posters detailing their complaints and opinions. Nathan const...
View More... 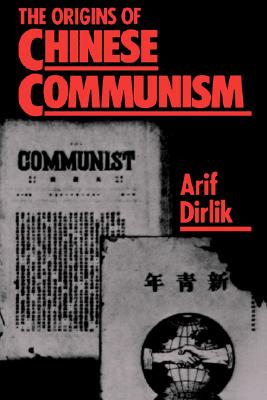 The Origins of Chinese Communism

Based on a wealth of archival material released after Mao's death, this book offers a revisionist account of the introduction and triumph of Marxism in China. Dirlik shows that, in 1919, at the outset of the May Fourth Movement, anarchism was the predominant ideology among revolutionaries and intellectuals and Marxism was virtually unknown. Three years later, however, the Communist Party of China had emerged as the unchallenged leader of the Left. Dirlik disputes long-held beliefs about the domestic origins of Chinese Communism to argue that Communist thought and organization were brought into...
View More...

Imagined Communities: Reflections on the Origin and Spread of Nationalism, New Edition

The world-famous work on the origins and development of nationalism The full magnitude of Benedict Anderson's intellectual achievement is still being appreciated and debated. Imagined Communities remains the most influential book on the origins of nationalism, filling the vacuum that previously existed in the traditions of Western thought. Cited more often than any other single English-language work in the human sciences, it is read around the world in more than thirty translations. Written with exemplary clarity, this illuminating study traces the emergence of community ...
View More...

Feardom: How Politicians Exploit Your Emotions and What You Can Do to Stop Them 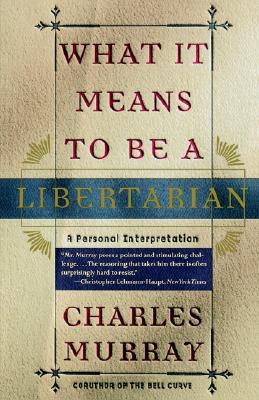 What It Means to Be a Libertarian: A Personal Interpretation

Charles Murray believes that America's founders had it right--strict limits on the power of the central government and strict protection of the individual are the keys to a genuinely free society. In What It Means to Be a Libertarian, he proposes a government reduced to the barest essentials: an executive branch consisting only of the White House and trimmed-down departments of state, defense, justice, and environment protection; a Congress so limited in power that it meets only a few months each year; and a federal code stripped of all but a handful of regulations.
Combining t...
View More...

Basic Communism: Its Rise, Spread and Debacle in the 20th Century

By: Clarence B. Carson 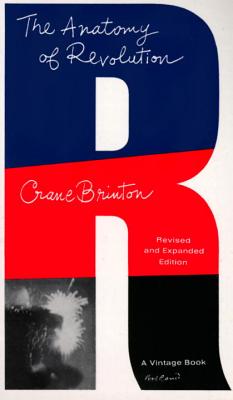 The Anatomy of Revolution

The definitive, hugely influential comparative history of the English, American, French and Russian revolutions from a renowned American scholar. "Classic" and "famous," The Anatomy of Revolution examines the patterns and processes that all revolutions share. "Such is Professor Brinton's] wit and historical knowledge that what might have become a syllogistic hash in lesser hands turns out to be a keen and perceptive exposition and, like a well-conducted seminar, sets the mind of the reader racing off on its owns." --The New Yorker
View More... 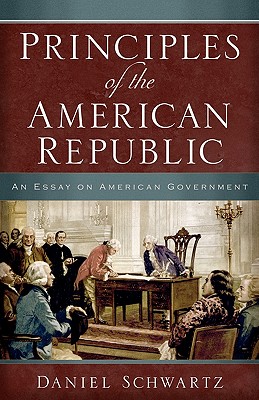 Principles of The American Republic: An Essay on American Government 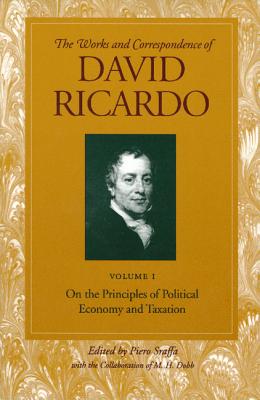 On the Principles of Political Economy and Taxation provides analysis of the allocation of money between capitalists, landowners, and agricultural workers in Britain. Through this analysis, Ricardo came to advocate free trade and oppose Britain's restrictive "Corn laws." Here are his classic commentaries on certain points of contention and divergence with the political economic writings of Adam Smith and T. R. Malthus.
View More... 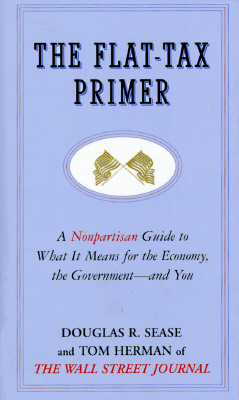 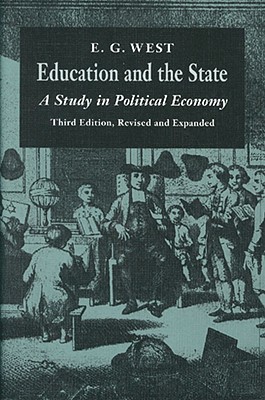 Education and the State: A Study in Political Economy

Education and the State first appeared in 1965 and was immediately hailed as one of the century's most important works on education. In the thirty years that followed, the questions this book raised concerning state-run education have grown immeasurably in urgency and intensity. Education and the State re-examines the role of government in education and challenges the fundamental statist assumption that the state is best able to provide an education for the general population.

West explores the views on education of the nineteenth-century British reformers and classi...
View More...